The future king of late night

Shane, 21, is a young person in HACC’s Career Readiness Program and a self-proclaimed mixture of Ellen DeGeneres and Steve Harvey. He’s a comedian, a poet, and an aspiring YouTube talk show host. And in 2017, he landed an internship that will help him make his dreams come true!

Shane came to HACC in the summer of 2016 desperately seeking a job. “I was applying to a job every day. I was planning on calling every Family Dollar in Chicago– I still haven’t gotten a call back!” he said with a loud laugh. As of February, HACC helped place him with the Street-Level Youth Media program at Urban Gateways, a non-profit youth organization.

This job means a lot to him. Right now Shane lives with his mother and brother in a one-bedroom apartment in Back of the Yards. He shares the cramped livingroom with his mother. He’s saving his new salary to move out and buy camera equipment. Shane identifies as queer and his family hasn’t been the most accepting. The idea of inviting over other queer friends, let alone a partner, feels out of the question.

“It’s hard to be in a household where you can’t be who you are. You can’t even dress how you want to dress,” he said.

Starting at 11 years old other kids called him faggot. “I’d say I’m not gay! I’d kill myself if I was gay!…I was afraid of people looking at me like I was soft. It’s like a shark smelling blood in the water,” Shane said.

As he’s grown up, Shane has bravely advocated for queer rights. His captivating spoken word poetry sheds light on injustices faced by the queer and Black community. His current idea is a Youtube talk show interviewing young people about relationships, sex, and race. 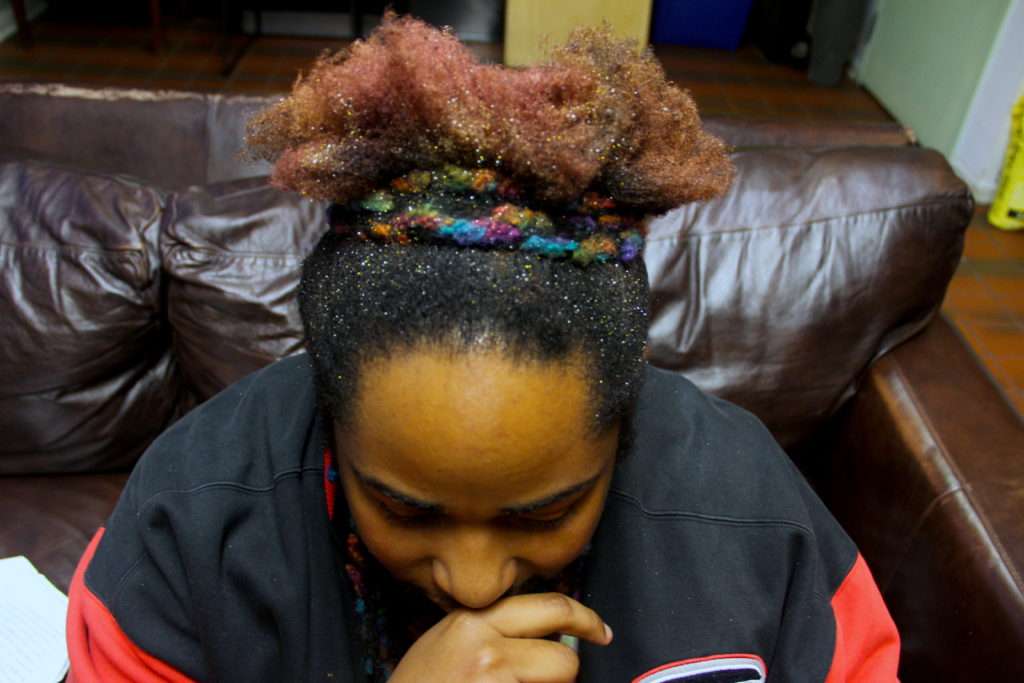 “I shouldn’t have to prove how similar I am to a straight person or a white person to prove that I deserve the same rights as them,” he said, referencing not only the struggle to legalize gay marriage but racism within the queer community as well.

At Shane’s new internship he has the space and tools to make his voice heard. He answers the phones and keeps the studio clean while being artistically mentored with full access to media equipment. Above all, he wants to inspire and support his queer community.

“I’m trying to force myself to be comfortable with myself. I want to see people happy with themselves,” he said. Shane is nervous for his family to look at what he creates. But sharing our life stories can be one of the most powerful tools for change. He said, “If they watch it, I hope they can have an open heart and mind.”

Hear more from Shane at the Urban Gateways blog.