When Girls Sports Club is in full swing, it’s no sweat building self-worth.

“I feel like summer camp is different because in school we have to work and get no breaks and here we get to play, have fun, meet people, and be outside. So it’s just a great opportunity.”

That’s Eniola, after playing basketball and stretching and meditating in yoga class. She’s 13 years old and wears her tightly coiled hair in two buns perched on the top of her head. During the school year, she attends Joyce Kilmer Elementary School in Rogers Park. She speaks about Girls Sports Club, HACC’s summer camp activity devoted to physical wellness and teamwork, like a retreat.

She said it’s an opportunity to “reinvent herself”– a phrase reminiscent of women’s magazines, but rings true for girls who feel punished and overwhelmed during the school year. Last year, Eniola got into a fight at school. She said, if you “make one bad choice it takes forever to move on with teachers and students.” But camp is different. “They [counselors] actually give us respect at camp and then we give them respect. It feels nice!” 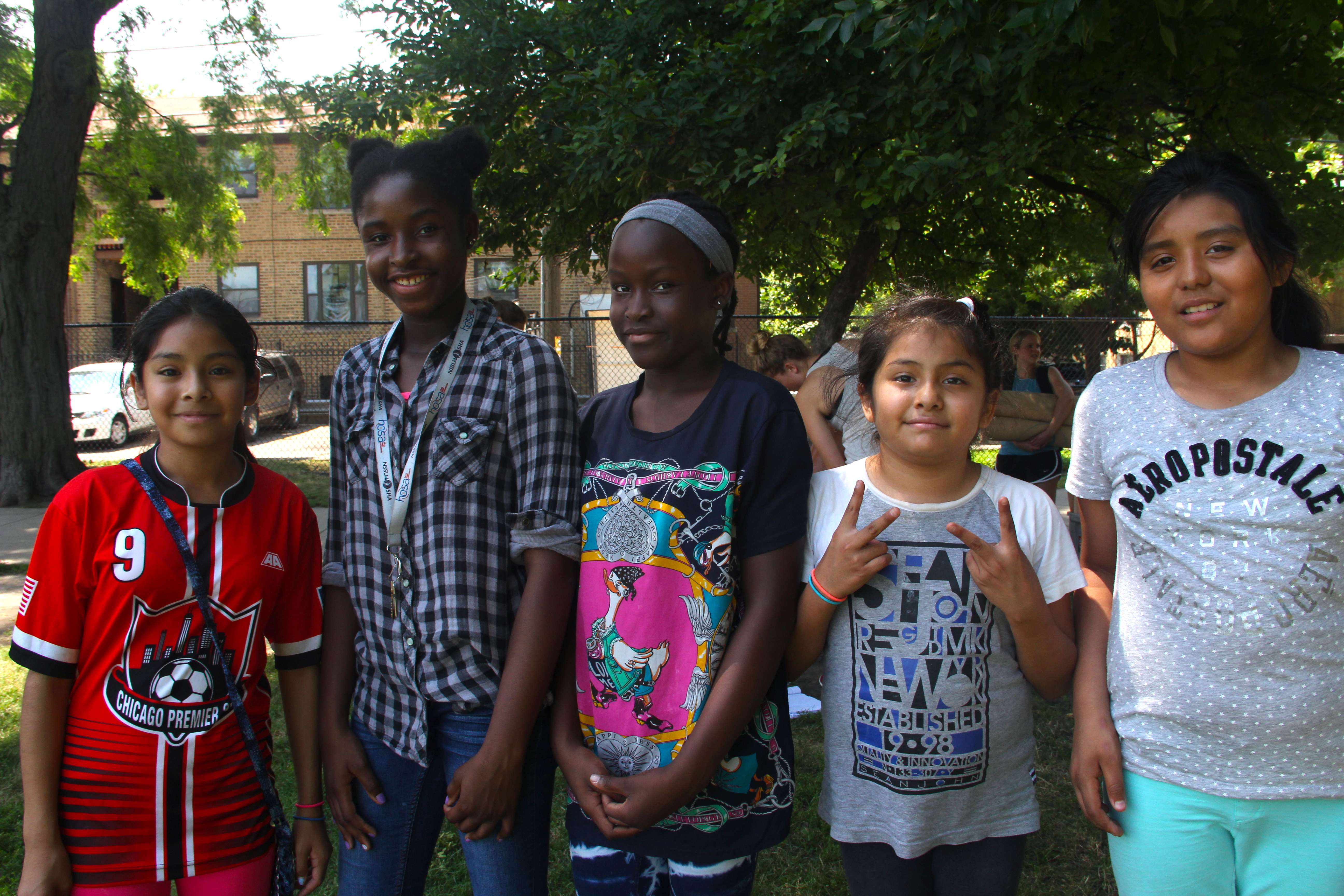 These experiences are common. After yoga, Eniola sits in a circle with a few of her new camp friends. Her friend Jocelyn,12, said that when she makes mistakes in school, people make her feel ashamed. Another girl, Meray, 11, said with sadness that she has a teacher who seems to only punish the Black children in class, though they make the same mistakes as the white students. An alarming 2016 study about class suspensions from kindergarten through high school, by the U.S. Department of Education Office for Civil Rights showed that black children are 3.8 times more likely than white students to be suspended.

There are 20 girls, ages 9 through 13 in her group, and a countless number of high fives. They play games like basketball and volleyball, and build muscle and focus through no-contact boxing and yoga. Above all, Girls Sports Club activities improve self-esteem and social skill development. “I want summer camp to be a place where everyone feels safe. Safe to say how they feel, safe to ask questions, safe to be themselves,” said Kathryn Wong, who runs Girls Sports Club. 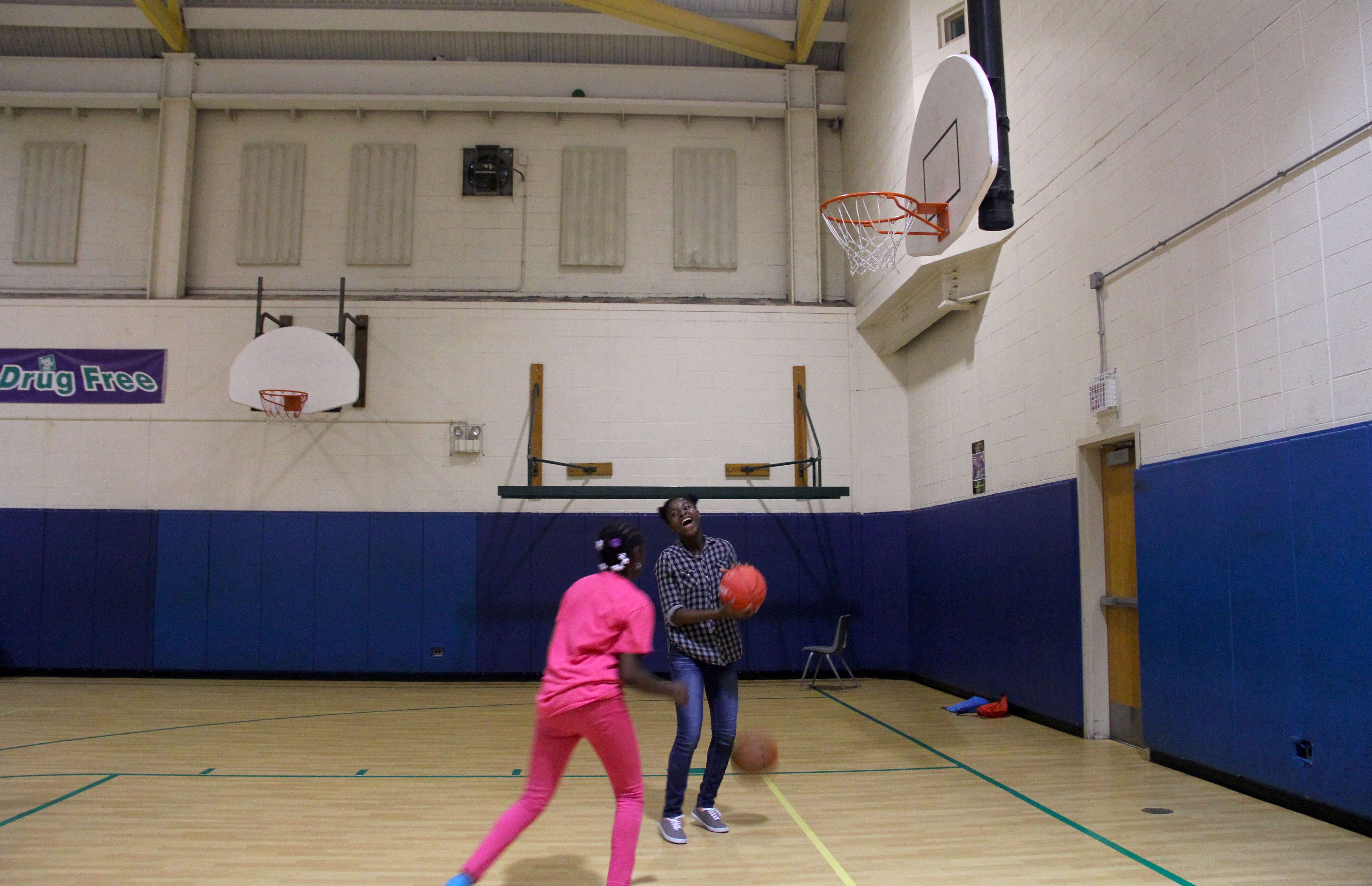 One of the youngest girls has difficulty staying focused and playing with the group. She said she can’t really talk to her parents about her feelings.

“Ok, so to make friends you have to treat people how you want to be treated. How do you want to be treated?” Kathryn pulled her aside and asked. “With respect, but the other kids think I’m bad,” the camper said. Kathryn replied that she doesn’t think that she is bad, and that she justs wants her to be the best version of herself that she can be. She asks the camper to “Tell me you’re awesome. Say ‘I’m awesome!’” “I’m awesome,” the girl whispered.

Kathryn made her say it again until she shouted “I’m awesome!” And that precious feeling of importance and belonging, that’s how every kid in Girls Sports Club walks away from camp at the end of a hot summer day.